Are you thinking about doing the Inca Trail to Machu Picchu and curious about what Inca ruins you’ll see along the way?  Or perhaps you’re just interested in ancient ruins and looking for some inspiration? Either way, this post is for you!

The good news for those considering the Inca Trail challenge is that there are plenty of Inca ruins to see along the way. In fact, in some ways, wandering these sites on the way to Machu Picchu is better than the Machu Picchu ruins themselves – but more on that later…

In this post, I’ll take through the five of the best Inca ruins along the Inca Trail in Peru, including which day you’ll see them if you do the Classic 4-day route, plus Machu Picchu itself.

Maybe it will inspire you to consider the trek one day… And if not, well, everyone’s allowed some armchair travel, aren’t they?

Inca Ruins Along The Inca Trail

This is the first and the most impressive Inca site you’ll see on day 1 (I think there was one other smaller site right after this one, and that was it for the first day).  You’ll come across a viewpoint looking out towards Patallacta after about 6km from the start of the trail and it will be hard to miss!

It is a big site with agricultural terraces and houses, thought to have been used by the Inca as a stopping point for those on their way to Machu Picchu.  I really like the scalloped shape on the outer rim of the terraces.

You can detour off the Inca Trail to explore it properly if you have time. I didn’t do that on my expedition. This was because I was lagging behind schedule a little, due to me struggling with the altitude and opting to carry a full pack, rather than a day pack, as most people do. If I could go back in time, I’d change that – one of the lessons I share in my post about preparing for the Inca Trail!  Still, it is a great one to admire from afar, as it is so large and intricate.

This is the first of several Inca ruins sites on day 3.

Runkuraqay is thought to have been an administrative outpost. I can only imagine the existence there was beautiful but lonely.

There are more spectacular Inca ruins further along the trail, but I liked the simple modesty of this one and the drama of the swirling clouds in the epic valley. You can explore the building, which looks like a lookout tower and enjoy the stunning views.

For me, looking across the valley was also an encouraging reminder of how far I’d come: I’d just hiked up from the terraced campsite you see towards the bottom right of the photo. I kept stopping to take pictures during the hike – and it was definitely because I needed to take a breather fairly often, haha. But it was also because I was in the Andes on a centuries-old path from a lost civilisation and wanted to savour the experience and the surroundings. The super-fast hikers powering past me may have been missing glorious little sights like this (or that’s what I tell myself, anyway).

Another of my favourite Inca ruins, Phuyupatamarca (or Phuyupatamarka), is known as the ‘Town Above the Clouds’, and is one of the best-preserved Inca sites. You will see Phuyupatamarca approximately 5 km after Runkuraqay, and after having walked along an exciting stretch of the trail through the mysterious cloud forest.

It is an interesting site, with a settlement above the terraces which includes ritual baths, a temple and an irrigation system.

It is also really accessible and photogenic: as you approach from the south, it looks so proud, with its angles and straight terraces. Once you get into the site, especially on the north side, you’ll find surprisingly curvy and whimsical structures.

From Phuyupatamarca, on a clear day, you will have a great view north across the valley to Intipata, which is the site that looks like a patch on the mountainside in the photo.

The Intipata ruins are spectacular for the number and steepness of the terraces. It is possible these terraces were used to grow food to feed those at Machu Picchu.

If the weather is kind to you, you’ll have an amazing, almost vertiginous view of the mountainside. On my visit, it felt like the mountains were putting on a show for us and the terraces were the raked seats of a glorious theatre.

To get there, it’s a long downhill walk at the end of day 3; if you’re staying at Winay Wayna campsite for the final night, it’s a great place to stop for a rest, knowing you’re nearly there.

Day 4 will start super early, before dawn.  This is so that you can walk the final stretch of the trail before arriving at Machu Picchu as early as you can.  Before you get to the final destination, after walking about 3km, you will come across the Inti Punku Inca ruins (also known as the Sun Gate).

Inti Punku is believed to have once been a fortress or entry point for Machu Picchu. It is named for Inti, the Sun god. Because of its location on a ridge southeast of Machu Picchu, the rising sun would pass through the Sun Gate each year on the summer solstice.

Most Inca Trailers will get their first glimpse of Machu Picchu from here. I, however, was not so blessed! Unfortunately for me and my husband, it was very cloudy that day, and from the Sun Gate, I could see nothing by whiteness.

That is one of the tough realities about the Inca Trail due to its climate and altitude – even in the dry season, clouds and rain can spoil some of the stunning views, so you have to be prepared for disappointment.

The final stop is of course the Incan ruins of Machu Picchu: the prize at the end of the long, hard Inca Trail; one of the New Seven Wonders of the World!

It really is an astonishing place: an elaborate stone citadel perched on the crest of a mountain, surrounded by other dramatically steep mountains. It seems impossible that it exists.

The citadel was built around 1450 but abandoned about 80 years later after the Spanish came. During its time as a royal estate for Inca rulers, it may have had up to 750 people living there. I quite like that the Conquistadors never found it. It was unknown outside the area until American Hiram Bingham explored it in 1911. Restoration of the site continues, and there are some areas you can’t wander through.

My first glimpse of Machu Picchu through the clouds caught me off guard – I hadn’t realised I was so close. The first clue that I was near was seeing people without backpacks walking up the path towards me (everywhere else on the trail, all the traffic is one way!). But I still didn’t recognise it at first because clouds were obscuring Huayna Picchu, the iconic mountain behind the city.

It was a wake-up call to be suddenly surrounded by thousands of boisterous tourists – a culture shock after the relative solitude of the trail. Their crisp, clean outfits were also a stark contrast with how sweaty, dusty and dishevelled I was! The sheer number of tourists is why I sometimes think seeing the less famous Inca ruins along the trail was a better experience than Machu Picchu itself.

I did enjoy it, though: I found I preferred to wander the peripheral parts of the site, where there were fewer people, and it felt less like a tourist attraction.

In these quieter corners of Machu Picchu, I could absorb the experience a bit better. I’d had a dream to go there for more than 15 years, and I had found the trail physically tough. Once I’d explored the citadel and taken lots of photos, and before I headed back to Cusco, I had a little cry, overwhelmed by the sense of relief and pride that I’d made it there in one piece.

I hope you liked reading about these fascinating Inca ruins! 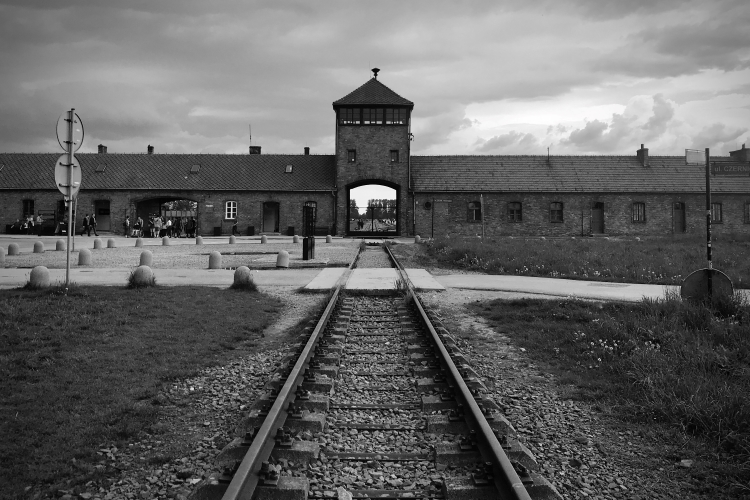 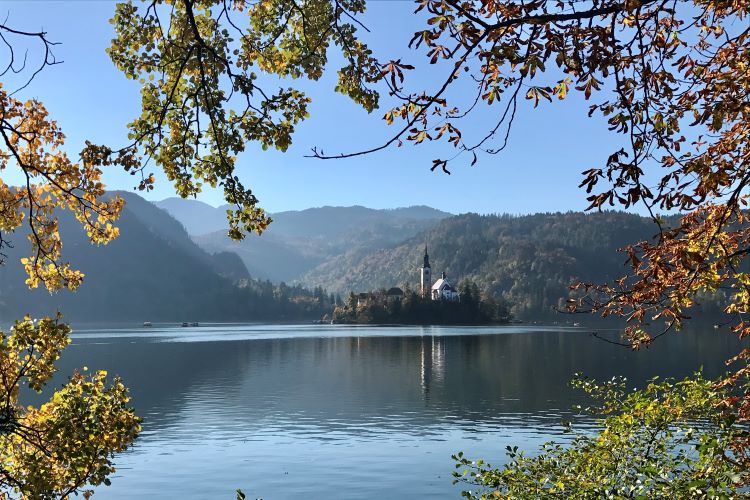 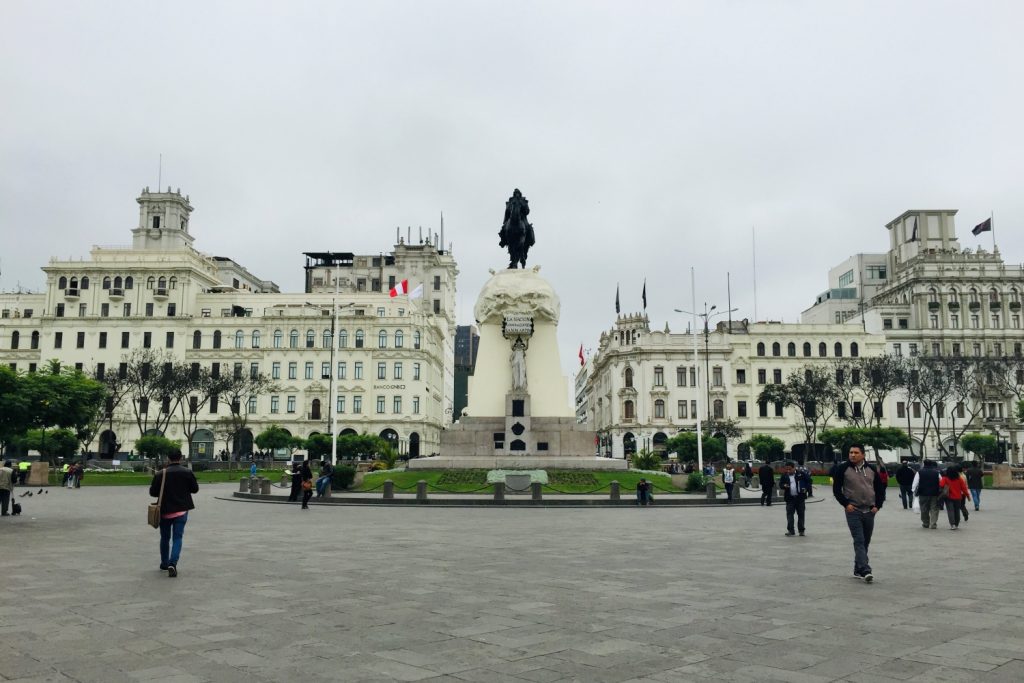 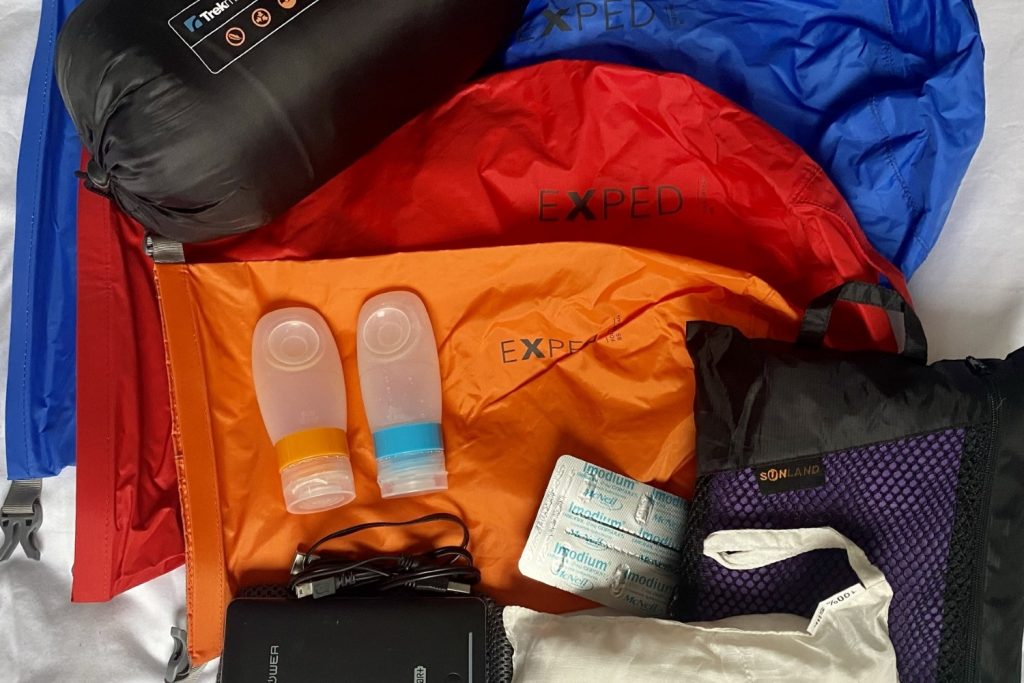 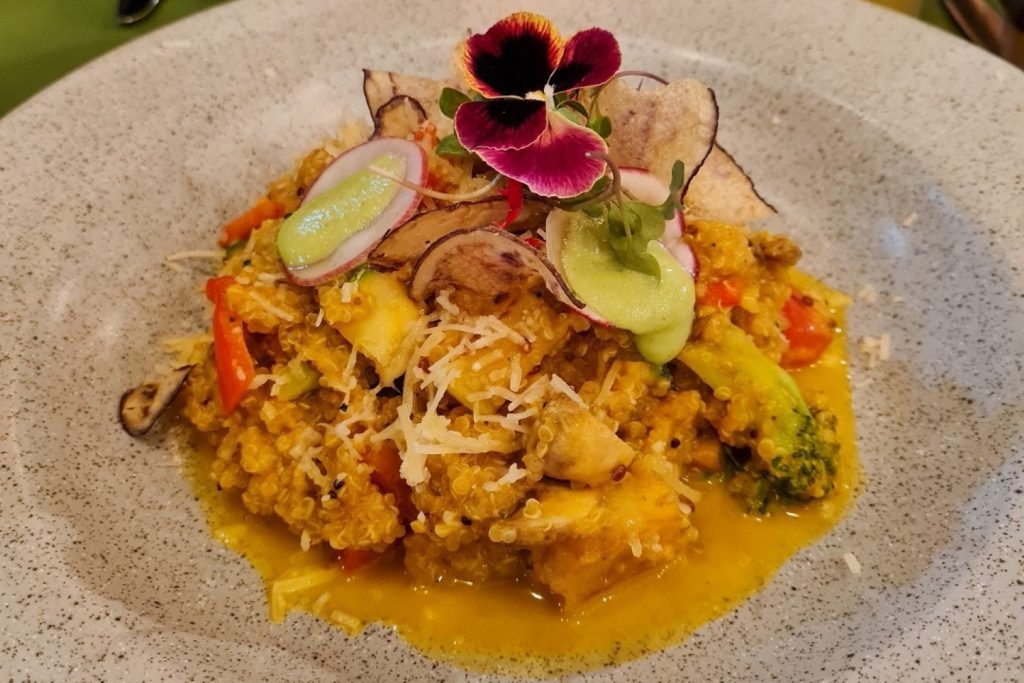 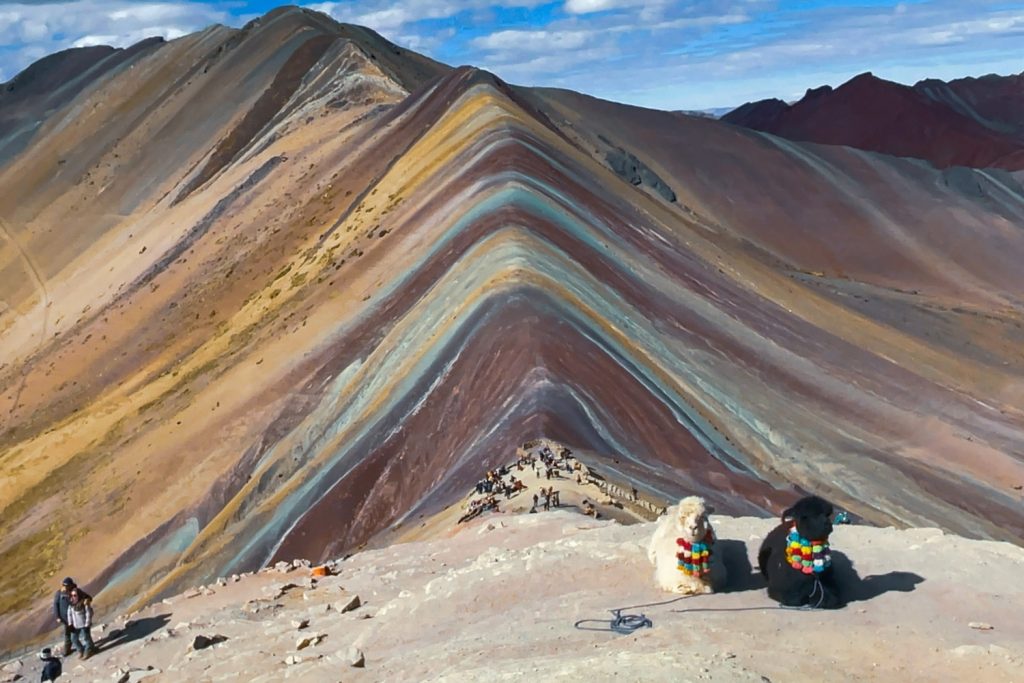