Before I went to Madrid, the one thing people kept saying is ‘you must try tapas in Madrid!’ The capital of Spain is known for a lot of things, including grand architecture, the royal palace – and tapas seemed to be pretty high on the list! So when I was there, I made a point to try as much as I could!

Now, I am not saying this is a definitive list of the best tapas in Madrid – it is not; I haven’t spent enough time in Madrid to have worked that out myself. But it is a rundown of the best tapas I tried over a couple of days of stuffing my face, haha.  I was also lucky enough to have had some tips from locals in advance of my visit to Madrid, so I started with a good shortlist.  In the article, I’ve included six great places for tapas in Madrid, based on my experience. To keep it real, I have also included three where my experience was not so great.

A brief history of Tapas

If you’re wondering, ‘what is tapas?’, it is small plates of food that is very common in Spanish cuisine. Traditionally, these might have been simple dishes of cured meats, bread, cheese – and you can definitely find these kinds of simple dishes still, but there is now a much wider range of tapas to be enjoyed these days.

I’ve read that the word ‘tapas’ comes from the word for ‘to cover’ because Spanish innkeepers used to serve a small portion of their dishes so that guests could sample them before ordering, and they would serve these on small plates designed to cover pots (known as tapas). I also read that punters would use the small food dishes to cover their sherry, to avoid fruit flies from getting in the sweet drink.

The idea of combining drinks with small dishes of tasty food certainly became a popular one, and now tapas is a world-famous facet of Spanish cuisine.

Where is the best area for tapas in Madrid?

You can find tapas all over Madrid, but there seems to be a concentration of good tapas bars in two areas:

Tapas in Madrid: six places you should try

Here is a list of the seven places I enjoyed the most for best tapas in Madrid. In each, I’ll share about the place, what I ate & drank there and any issues or tips.

I found these paces based on some tips from locals and just by walking around and seeing what looked good. If you prefer something more organised you might prefer to do an organised tapas tour of Madrid.

Mercado de San Miguel is not so much a tapa bar as a tapas market. This attractive covered market on Plaza de San Miguel was built in 1919 and houses 20 stalls selling all kinds of tapas, including fresh seafood, Iberian ham and Spanish cheeses. It can get busy, so it may be hard to get a seat, but there are plenty of standing areas around the perimeter.

It is a great place to grab a bite to eat at lunchtime, and you don’t need to stick to one stall – you could pick up pieces you fancy from all over the market. They also serve beers and sangria on tap.

I had: a couple of little wraps, one with chicken and one with smoked salmon. Both were very nice. I also had a robust size glass of sangria, which was great!

Revoltosa, on Calle Del Prado, was one of my favourite places for tapas in Madrid.  One reason was the cool, laid back style of the place and the other was the very friendly service. My waitress was very cheerful, offered to speak to me in English (which is great because my Spanish is limited!) and also explained why the bar has a cat on its logo.

Madrilenos, which is what they call people from Madrid, are nicknamed ‘Gatos’, meaning cats. She said this name came from the reputation Madrid has for its vibrant bar scene and late-night street life. However, I also read this comes from a legend about a battle for Madrid in the 11th century when a Spanish soldier scaled a wall with such agility that he was nicknamed Gato. Either way, somehow the name became applied to all those from Madrid.

I had: deep-fried cheese with quince jam – it was indulgent but delicious!

Rosi La Loca, on Calle De Cadiz, was the tapas bar I went to with the most dedicated design. It seems to have been inspired by Alice in Wonderland seen through rose-tinted glasses: staff wear pink tutu skirts, the décor is lurid florals, and drinks are served in garish Alice in Wonderland mugs.

Even if the style was an acquired taste, the food and cocktails were not – I loved everything I tried here!

I had: a Crazy Cat cocktail, which was the perfect blend of sweet and sour. For food, I had Tuna Tataki: barely-seared tuna served with wakame seaweed, teriyaki sauce, citrus aioli and black sesame. This was presented with dramatic dry ice, which really added some table theatre!

I also had Broken Eggs Timbal with Iberian ham and Truffled Pecorino. This dish was really delicious – sumptuous Spanish comfort food. But I would say this is probably better as a main dish rather than tapas, as it is pretty big, with a hefty portion of potato underneath (it is quite possible I misread the menu!). Between this and the tuna, I ended up with a bit too much food!

Even though Rosi La Loca had some big servings, I think Taverna la Descubierta, a traditional tapas bar on Calle De Barcelona, gets the prize for the most generous portions. That’s because I am 100% sure I ordered from the tapas menu here, but what came to my table was still a very sizeable amount.

I had: one portion of Cabareles cheese with apple cider because I just wanted something simple. First off, with my sangria, a small portion of bruschetta-style tapas came, which was an unexpected freebie – and this is about the size portion I was expecting my order to be.  However, when my actual order came, it was this huge slice of bread with a mountain of blue cheese on top. It was great – really tasty – but a lot! I guess this might be a good one to share with someone else.

The terrace was busy when I visited En Busca del Tiempo, also on Calle de Barcelona, so I sat indoors, which was had a buzzy and friendly atmosphere.

I had: a dessert because it was towards the end of an evening, and I wanted something sweet after all that cheese, haha! I ordered a traditional flan, which was really good! Ps. This dish is often known as creme caramel elsewhere in the world.

I did really like the high concept cocktails at Rosi La Loca, but I think I enjoyed a cocktail most at Majaderitos on Calle De Cadiz. It’s a no-nonsense bar that seemed very popular and laid-back.

I had a classic margarita, the kind made with just tequila, triple sec and lime juice – no added syrups. It was great – perfect for sipping while I people-watched (or should I say Gato-watched).

In the spirit of being real and not over-hyping tapas in Madrid, I thought I would also share some places that I didn’t love, and I’ll explain why.

There are a couple of bars with the same name – I’m not sure if they’re the same establishment or different, but the one I went to was on Calle de la Victoria.

At La Casa del Abuelo, I had: sangria only. The sangria was cheap but tasted a little watered down, so I didn’t order anything else and I moved on to a new bar.

I had a glowing recommendation for this place on Gran Via, one of the smart main streets in Madrid. And I have to say the food was great!  What let it down for me was very slow and disinterested service.

At El Mercado de la Reina, I had: classic jamón croquetas, which were perfect: crisp on the outside but light and fluffy on the inside.

Top Tip: this is a place where you order at the counter (if you can get someone’s attention) – there’s no table service.

La Gustava Huertes was a pretty place on a tiny square in Barrio de Las Letras. I ordered a coke as I tried to translate the menu but I was put off by the waitresses talking about me in a negative way just a few meters away, so I paid for my drink and left.

Anyway, it looks like this place has closed down since I went, so there’s no risk of anyone else being treated the same way!

Here’s a map of the six best places for tapas in Madrid that I have experienced.

I hope this helps you find some great tapas in Madrid!

Let me know in the comments if you have some other tips or recommendations.

If you need some more inspiration for Madrid, check out my guide on things to do in Madrid and my free self-guided Madrid walking tour. And if you are interested in more food inspiration, how about these delicious Portuguese dishes?

Finally, if you liked this article, I’d be delighted if you were to share it on social media! 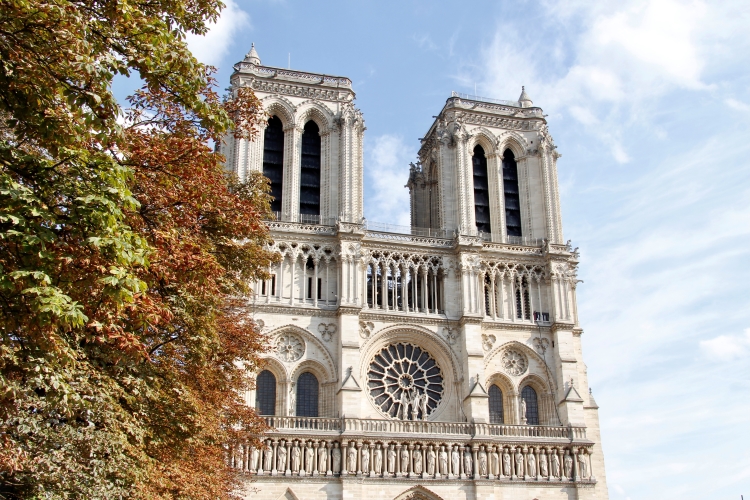 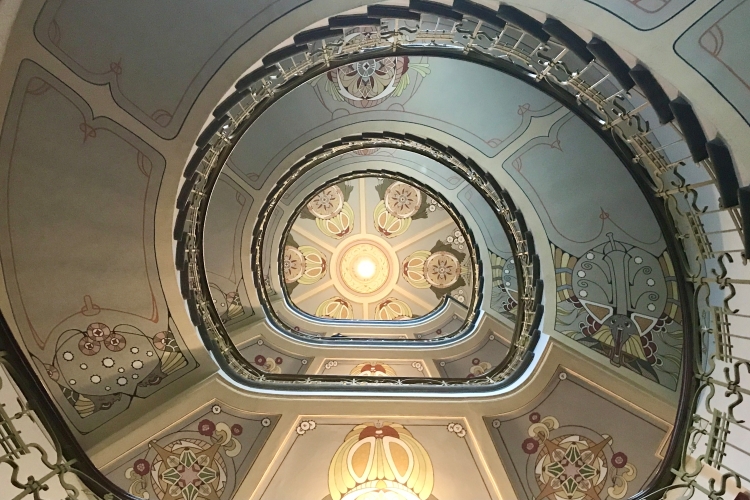 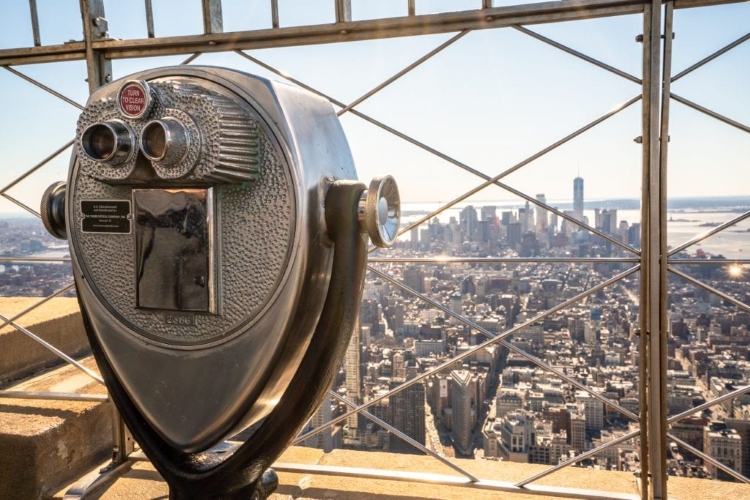 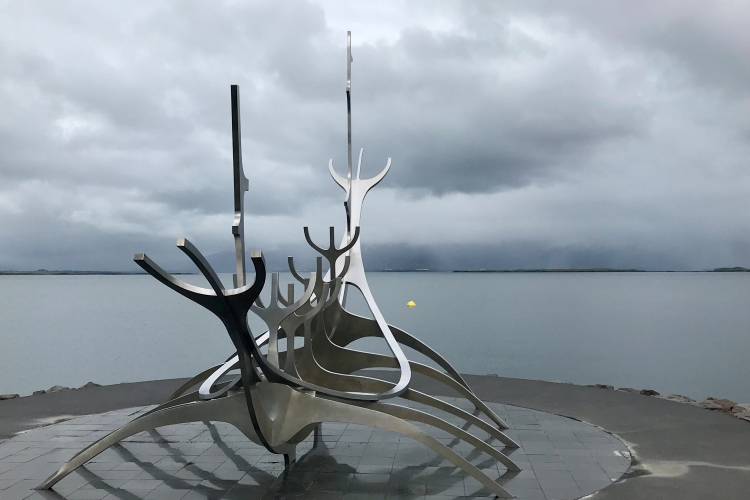 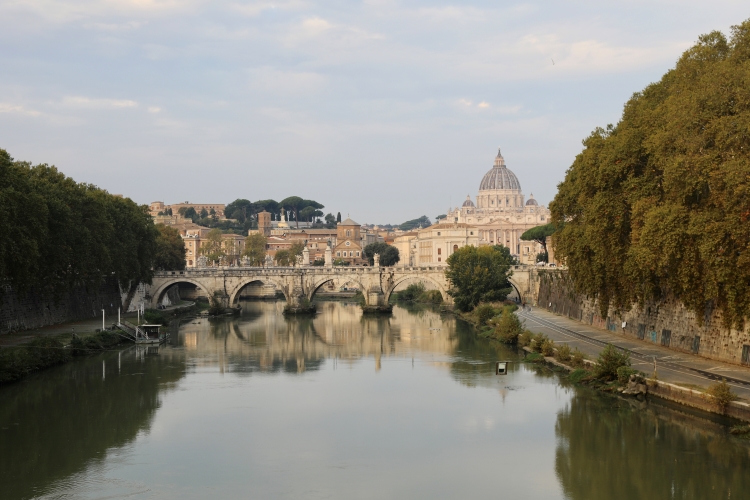 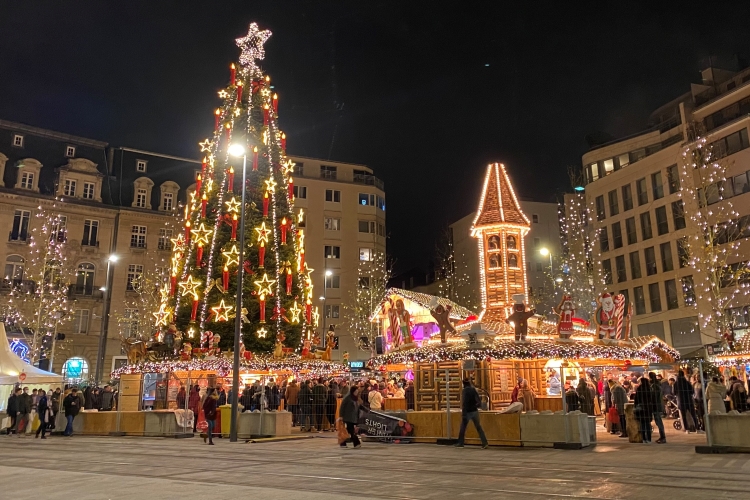