Walking the Portico of San Luca is kind of a rite of passage when visiting Bologna – it is the longest portico in the world and it is also a really beautiful example of Italian portico architecture. It is a uniquely Bolognese thing to do. However, it is also a fairly strenuous walk, so you should, know what you’re getting yourself in for before you set off!

This blog will explain what the San Luca Portico is, what’s involved with doing the walk, including a guide to each section of the walk, and it will also give you some tips.

Introduction to the Portico of San Luca

What is an Italian portico?

First off, it’s worth clarifying what a portico is. These are stretches of pavement that run under buildings – effectively sheltered walkways. They’re often very handsome with attractive pillars and arched ceilings. And Bologna has lots of them, many dating back to the middle ages!

What is the Portico of San Luca and why should you walk it?

The most famous portico in Bologna is The Portico of San Luca (or Portico di San Luca). At nearly 4km long, it is not only the city’s longest stretch of portico but also the world’s longest portico.

This portico stretches from Porta Saragozza in the southwest of Bologna city centre and goes out of the city and up the surrounding hills to the Sanctuary of the Madonna of San Luca.  Together with the other porticoes in Bologna, the Portico of San Luca was included in the UNESCO World Heritage Site list in 2021.

Construction of the portico you see today started in 1674 and the Sanctuary at the top of the hill was built in the 18th Century. However, its story goes back as far as 1192, when a young woman (or two sisters; I’ve read different accounts) founded a hermitage where the Sanctuary of the Madonna of San Luca now stands.  The portico route has been used for religious purposes since 1433. Each year, during the Feast of the Ascension there is a procession carrying an icon of the Madonna with Child down to the Bologna Cathedral.

The path is still used by some for religious observance, reciting the Mysteries of the Rosary and stopping at the many chapels along the portico.  It is also a route that is used by many Bolognese people for exercise – perhaps because of its length and somewhat strenuous uphill section.

Walking along any portico in Bologna is a pleasant thing to do because of their attractive archways. And walking the Portico of San Luca is a fairly epic walk, has some beautiful frescoes and architectural features – and is one of the most quintessential things to do in Bologna.

How long is the Portico of San Luca?

How difficult is it to walk the Portico of San Luca?

Well, it was more challenging than I expected!  The uphill section is fairly unrelenting and quite steep at the top. I’m not as fit as I’d like to be, and I found myself stopping to catch my breath and regretting carrying heavy camera equipment!

Also, for those who have mobility challenges, much of the uphill part is made of steps, so anyone who is not able to use steps or struggles with them might want to consider getting the tourist bus, the San Luca Express, to the Sanctuary.

How long does it take to walk the Portico of San Luca?

It took me about an hour and 20 minutes to walk the route from Bologna up to the Sanctuary, which included plenty of stops to take photos (and have a breather). I’m sure it could be done quicker than that, though!

I think it was about 50 minutes to do the reverse downhill walk, where I stopped less often. However, I did need to stop a couple of times when my knees started getting shaky from all the downhill steps!

Guide to walking the Portico of San Luca

While the religious procession in the Feast of the Ascension runs from the Sanctuary to the centre of Bologna, most people walk the route the other way around, starting in the city.

I’ve seen people cite a number of locations as the start of the San Luca Portico walk, but most agree on Porta Saragozza, which marks the beginning of an almost continuous stretch of porticoes to Arco Del Meloncello.

Porta Saragozza is an old gate to the city of Bologna, dating from the 13th century, in the southwest of the city centre.  The porticos in which you’ll start your walk are directly across the main road from Porta Saragozza, running west-wards parallel with Via Saragozza.  To enter them and start the San Luca Portico walk, you’ll go through the red-coloured Arco Bonaccorsi.

The first section of the San Luca Portico runs between Porta Saragozza and the Arco Del Meloncello and it is a very pleasant stretch of the portico to walk.

The porticos in this section are a warm mix of burnt umber and yellow ochre – very much in keeping with the colour scheme used around Bologna’s historic centre.

The route is pretty flat and, depending on the day and time you do the walk, there can be a nice buzz due to the bars and restaurants with outdoor seating, which you’ll pass along the way. This part feels like a lovely city stroll.

This section of the route is approximately 2km and I did this in about 25 minutes, walking at a brisk pace.

In the middle of the San Luca Portico, the covered walkway crosses Via Saragozza via a gorgeous pedestrian bridge, Arco Del Meloncello.

Arco Del Meloncello is an 18th-century Rococo-style structure that allows those walking the porticoes to do so uninterruptedly above Via Saragozza. This bridge marks the point that the Portico starts to go uphill and out of the city into the hills and it is an attractive place to pause and admire the architecture.

After Arco Del Meloncello, the portico runs uphill with a mixture of slopes and steps, gaining 215 metres in elevation – and this is where it starts to feel like exercise! Oh, and there are no bars or shops along this stretch of the route, so there’s nowhere to buy some water if you need it.

The porticoes here are generally paler in colour and feature occasional frescos, though some are in need of repair.  There are also 15 chapels along this route – these look like gated shrines with plaques describing the family who funded them.

You’ll get glimpses of the city, but mainly the more modern area around Renato Dall’Ara Stadium. There were only a couple of glimpses of the old ‘red city’ of Bologna, fairly near the top, and from quite a distance, so you’d need a powerful zoom lens to capture much detail.

Warning: it gets steep near the Sanctuary, so you might have to dig a little deeper at the end!

Sanctuary of the Madonna of San Luca

The prize at the end of this long uphill walk is the Sanctuary of the Madonna of San Luca, and the views this gives over the Italian countryside.

The sanctuary houses an image of the Virgin with Child, which is the treasured icon that gets carried in the annual procession into Bologna.  The image is said to have been painted by Luke the Evangelist, which is how the basilica is known as ‘Madonna di San Luca’.  It is kept behind the ornate main altar at the back of the church. In and around the sanctuary you can also find other artworks, a viewing platform, a place to light candles and a gift shop, plus some public toilets.

I have to confess, though, I was more interested in the sweeping views of the Italian countryside.

The only disappointment as that it was hard to see Bologna, so great was the distance – I could just about pick out the huge Basilica di San Petronio and the tallest of Bologna’s Two Towers.

Returning to the city

I found the return walk from the Sanctuary to Bologna much easier – because it is mainly downhill!

Of course, keeping steady down lots of steps can work your knees and thighs quite hard, so it’s not without effort and I was grateful to come back to the flats of the Via Saragozza section.  And I thoroughly enjoyed a spritz and a torta di riso when I got to the end!

Alternatives to walking the Portico of San Luca

Map of The Portico of San Luca

Click the icon in the top left of the image to interact with the map.

Tips for walking the Portico of San Luca

I hope you enjoy walking the Portico of San Luca!

Use the comments to let me know how you got on.

If you need more travel inspiration for Bologna, check out my article on things to do in Bologna. It really is a fascinating, historic city, with a rich foodie culture – I loved it there!

Finally, if you found this guide useful, I’d love for you to share it on social media. 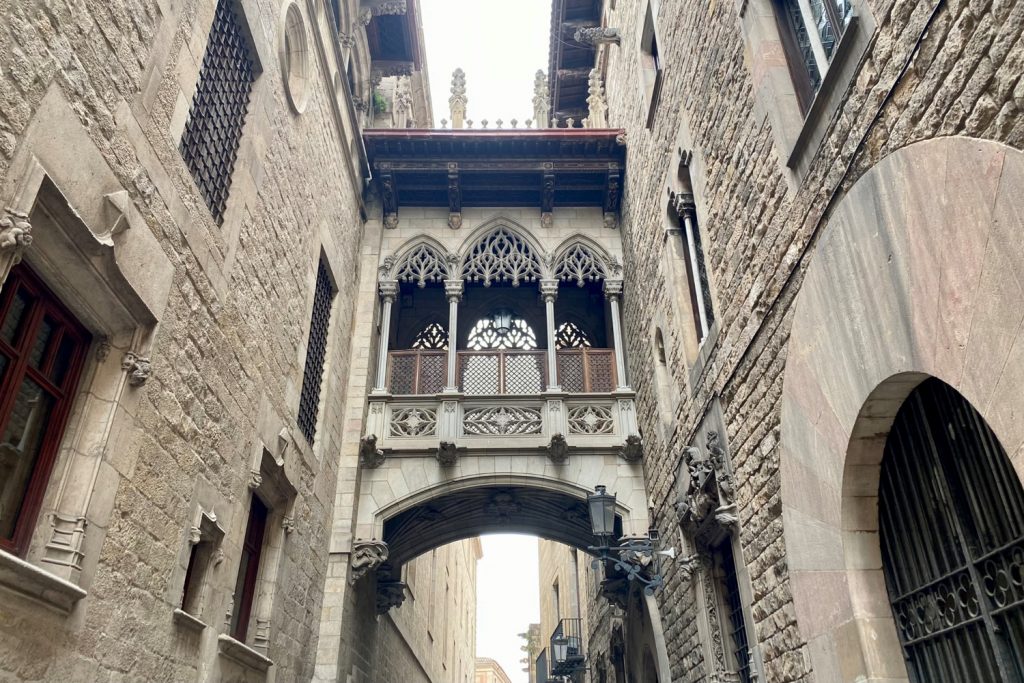 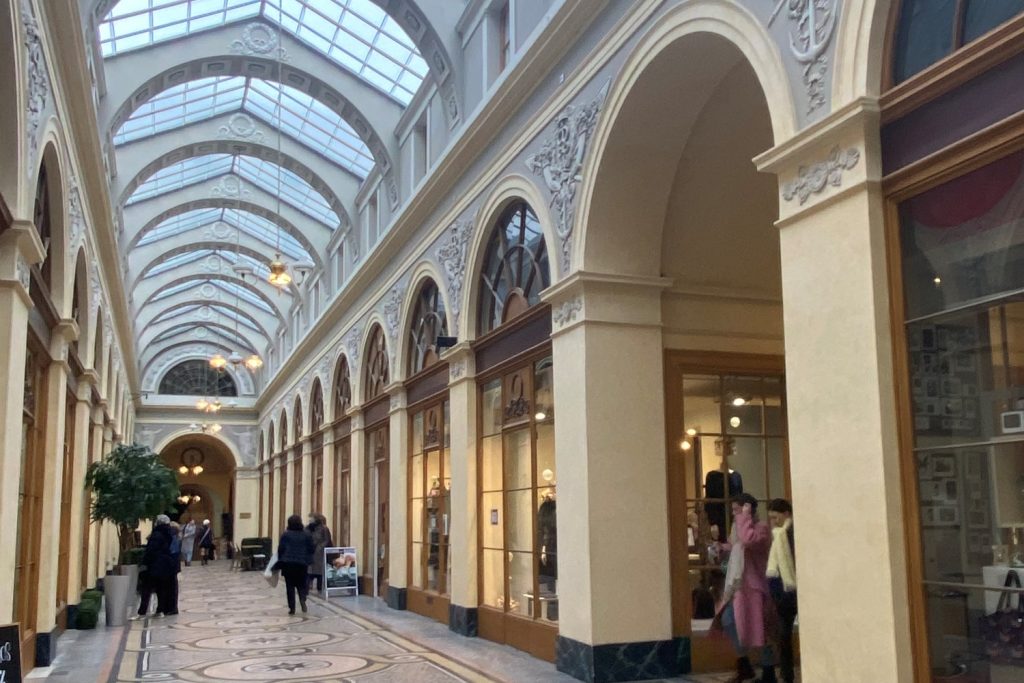 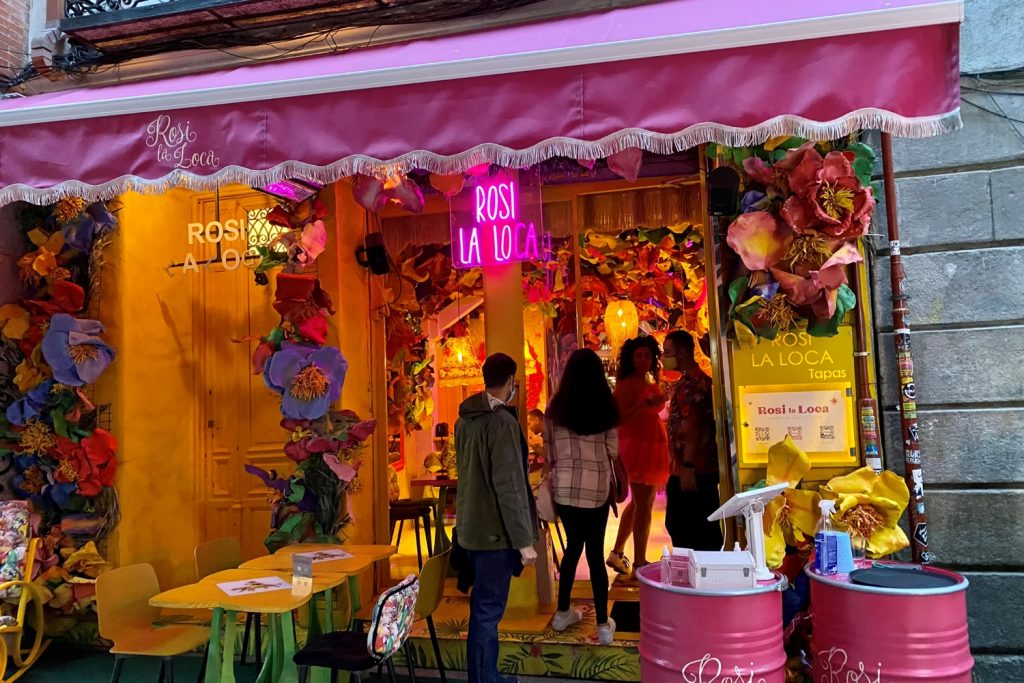 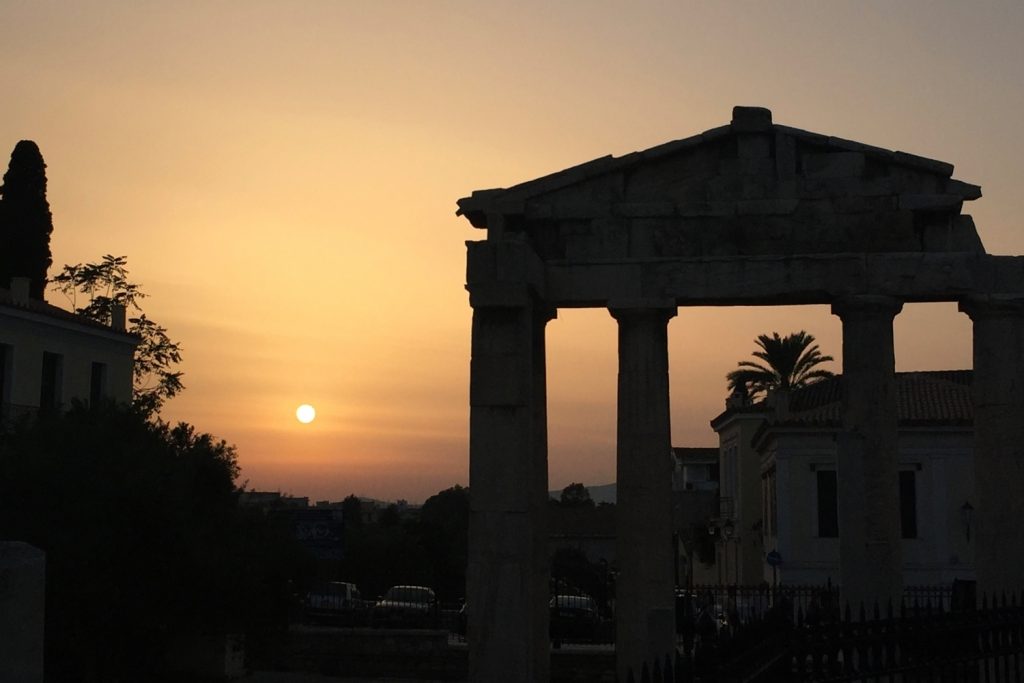 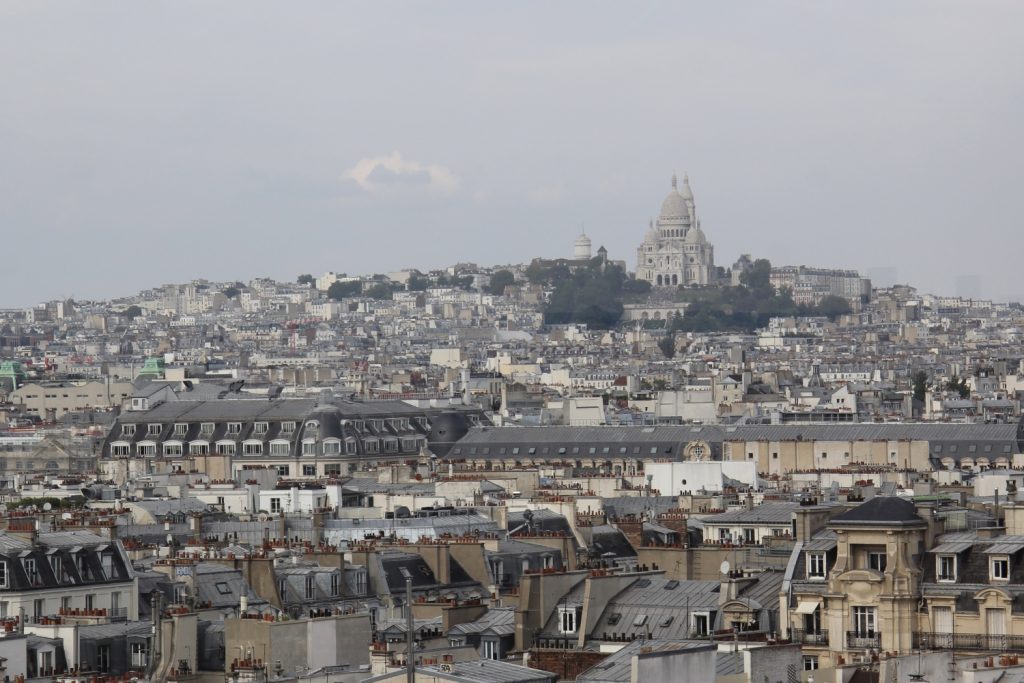 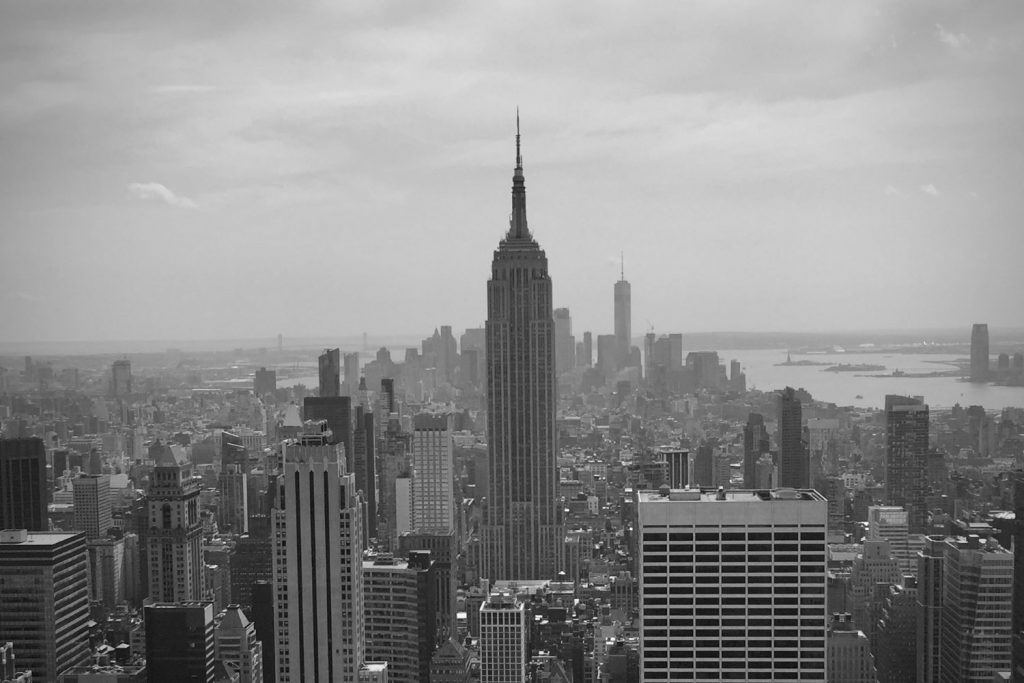