Visiting the Auschwitz-Birkenau Memorial and Museum in Poland is a very informative, solemn and emotionally tough experience.  For many, it is also an important act of remembrance and respect. In this blog, I will run through what you can expect when visiting Auschwitz-Birkenau (often referred to simply as Auschwitz) in Poland.

It’s a good question – and I won’t go as far as to say anyone should visit.  But I will say for me personally, it felt important.

World War II is one of the most important events in modern history, and the holocaust one of the most horrifying acts humans have committed.  The Auschwitz-Birkenau extermination camp was right at the centre of that: it was the largest Nazi camp where up to 6000 people were killed in gas chambers each day. Of the estimated 1.3 million people sent to Auschwitz, an estimated 1.1 million died – mostly Jews transported there from all over Europe.

The preservation of the camps helps us never forget that humans were capable of these kinds of horrors and helps us remember the lives of those tortured and killed there. So for me, it felt important to visit as an act of recognition and remembrance.

Practical info you need to know in advance

There are a lot of visitors to Auschwitz, so you need to book ahead. The Museum recommends booking a month in advance. You can book tickets here.

When visiting Auschwitz, you will be required to book a guide-educator if you go as a pre-organised group. If you go solo, you may also be required to join a guided tour, because there are only limited times when they allow entry without one.

I’d recommend a guided tour anyway because the guides are incredibly knowledgeable. They are available in many different languages.

Prices vary depending on the number of people in the group and the length of the tour. I went on a group tour and paid 60 PLN, which is about £12.

There are rules for visiting Auschwitz listed on their website, which everyone should read before they attend.  A couple that I will draw attention to:

I guess they have to specify the first one because there have been instances of people acting like they’re sightseeing, which can be very disrespectful.  Given this is a memorial to real people who died in some of the most heinous and cruel ways, it’s definitely not a place for selfies.

This isn’t your typical tourist activity. I’ve been to several museums about war or the holocaust – and this one is, understandably, particularly intense.  So, I think it will help to be prepared for the kind of harrowing information and exhibits you will see.

You’ll know your own children best, but the Museum itself does not recommend children under 14 attending, which is, I imagine, because of the nature of what happened at Auschwitz.

If you’re visiting nearby Krakow (which is a lovely city, by the way; I highly recommend it!), it is easy to visit Auschwitz as a day trip.

Auschwitz is located just outside the town of Oświęcim (which is the Polish version of Auschwitz). Oświęcim is about 70km from Krakow.

Many people stay in Krakow and travel to Auschwitz by bus.  Buses depart hourly from the main bus station in Krakow (it is right next to the train station), take around 1.5 hours each way and drop you off right by the Auschwitz Memorial (there’s just a short tree-lined road to walk down).

It is also possible to take the train from Krakow, though the train station is 1.5km away from the Memorial.

Or, if you prefer, you could take an organised tour of Auschwitz, which includes transportation from Krakow – this way you don’t have to worry about how you’ll get there.

When you book your tickets, you will be sent an electronic entry pass with a bar code.  It will also show the time you are booked for, and they suggest you get there 15 minutes early.

You can bring this on your phone to be read electronically, or as a paper printout – but if you plan to use your phone, make sure it is charged!

When visiting Auschwitz, security is fairly tight, and you will be subjected to screening as you enter, including x-ray screening of your bag (and you cannot take any bags or backpacks bigger than 30x20x10 cm).

Guided tours in most other places involved the guide speaking loudly so everyone in the group can hear. But this would be too noisy for Auschwitz.

Therefore, guides will speak in a normal voice into a mic, and everyone in the group will wear earphone headsets so that they can hear clearly.  This helps keep the atmosphere in the memorial appropriately solemn, quiet and respectful (remember the Rules for visiting Auschwitz).

You’ll have a chance to check your headset works before you begin – if you can’t hear through it, don’t worry: you’ll be able to change it.

Auschwitz camp I is the original camp, which was founded in 1940.  It was originally a prison for political prisoners, and evolved to become a concentration camp where prisoners were slowly killed due to their inhumane treatment. And then in the later years it evolved again into a mass extermination centre, where thousands were gassed upon arrival every day.

What’s in the tour?

You’ll start at the gates, which bear the cruelly ironic sign, ‘Arbeit Macht Frei’, which means ‘Work Sets You Free’ in English.

You’ll then have a thorough tour of several of the brick barracks buildings. You’ll learn about some of the cruel and shocking practises of the guards, and you’ll see heartbreaking exhibits, including a corridor of photos of former prisoners and horrifying collections of inmate’s belongings and hair.   In addition, you’ll see where medical experiments were conducted and where torture and executions took place.

Some of these exhibits are allowed to be photographed and some are not – there are signs to show you what is permitted, and if in any doubt, ask your guide. To be honest, I didn’t want to take any images of the gruesome details. It felt too macabre.

After touring the barracks, you’ll cross through the barbed wire fences and will see where the camp commander lived, and also where he was executed. You’ll also see the first crematorium, where the Nazis began experimenting with mass gassings.

What struck me most when visiting Auschwitz I

I think the collection of confiscated shoes got to me the most: I noticed a pair of ladies wedge heels, which looked really smart and stylish. It broke my heart to think of the glimmer of hope that lady must have had to pack them, with no idea of the hell she was being taken to.

The camp at Birkenau is one of many extensions to Auschwitz that were built to accommodate more prisoners – and it is by far the biggest. It is here that the extermination reached its most horrifying and industrial scale.  There were four gas chambers and crematoriums at the peak and the majority—probably about 90%—of the victims of Auschwitz died in Birkenau. This was approximately a million people. The majority, more than nine in ten, were Jews.

What’s in the tour?

Touring Birkenau is mostly outdoors – there are no museum-style exhibits like there are at Auschwitz I.

You’ll start at the main gates, where freight trains would bring in victims to be ‘selected’ on arrival. This is where those who seemed strong enough to work were selected to stay, and the rest were sent to gas chambers immediately.

You can look inside some of the remaining barracks, to see the terrible living conditions for those not immediately executed. As well as the horribly cramped conditions, I can’t imagine how cold it must have been in those wooden sheds during Polish winters.

You’ll also be able to see the remains of the gas chambers and crematoria, which were blown up by the Nazis before they fled the camps, in an attempt to hide what they had done.

What struck me most when visiting Birkenau

Gosh, so many things: the sheer scale of this camp; the absolute inhumanity of the railside selection process; learning about the way the gas chambers worked.

To be honest, by the end of touring Birkenau, I was pretty overwhelmed by the atrocities – which brings me to my final thought…

Manage your feelings After visiting Auschwitz

When visiting Auschwitz, you may feel emotionally drained after your tour. I know I was.

I have no personal connection to the Holocaust, but being in that place of death was emotional, oppressive. My tour took around a few hours, but the effect of it lingered much longer.

I think it was even harder for me than it needed to be because I went there alone – something that I wouldn’t recommend because I had no one with me to help buoy my mood afterwards. I had trouble shaking off the feeling of sadness and I felt very low the rest of my trip to Krakow. Despite being a confirmed introvert, I would have welcomed some company at that time.

So, my top tip is to plan something life-affirming afterwards.  I don’t think it is disrespectful to want to do something upbeat after visiting Auschwitz – to focus on life and freedom. After all, the Nazi’s final solution didn’t work; the evil at Auschwitz was eventually defeated.

So after honouring the victims and remembering the horror of the camps, plan something afterwards that will lift your mood and help you to also remember the good in the world.

I hope this helps!

I hope this helps you understand what to expect when visiting Auschwitz – and helps you prepare for a visit.

Is there anywhere you’ve been that was very intense or overwhelming, emotionally?  How did you manage that? 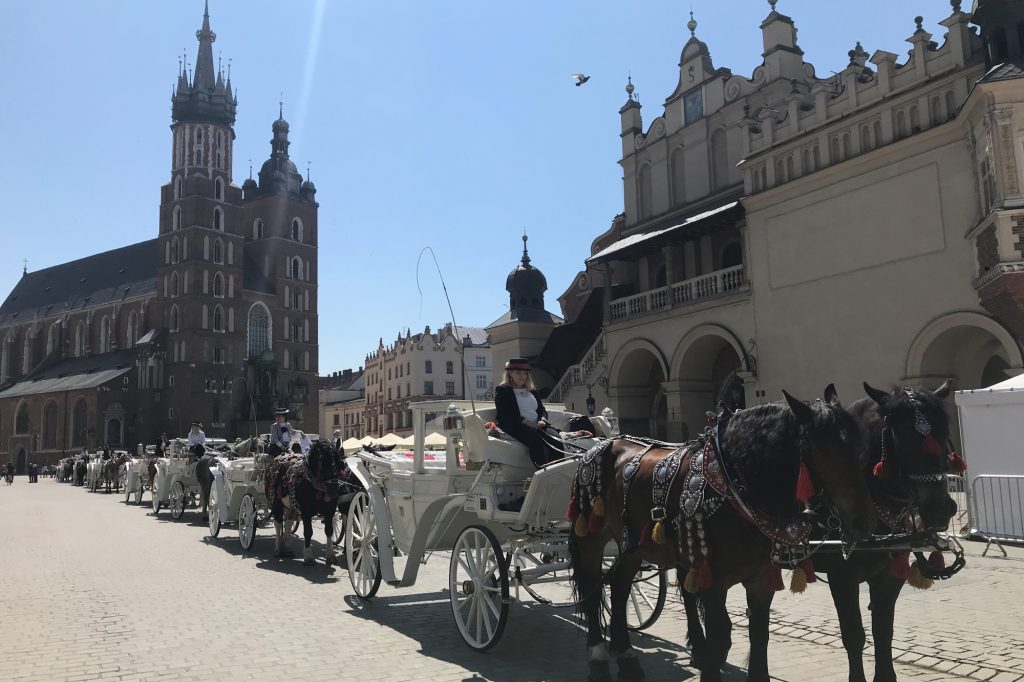 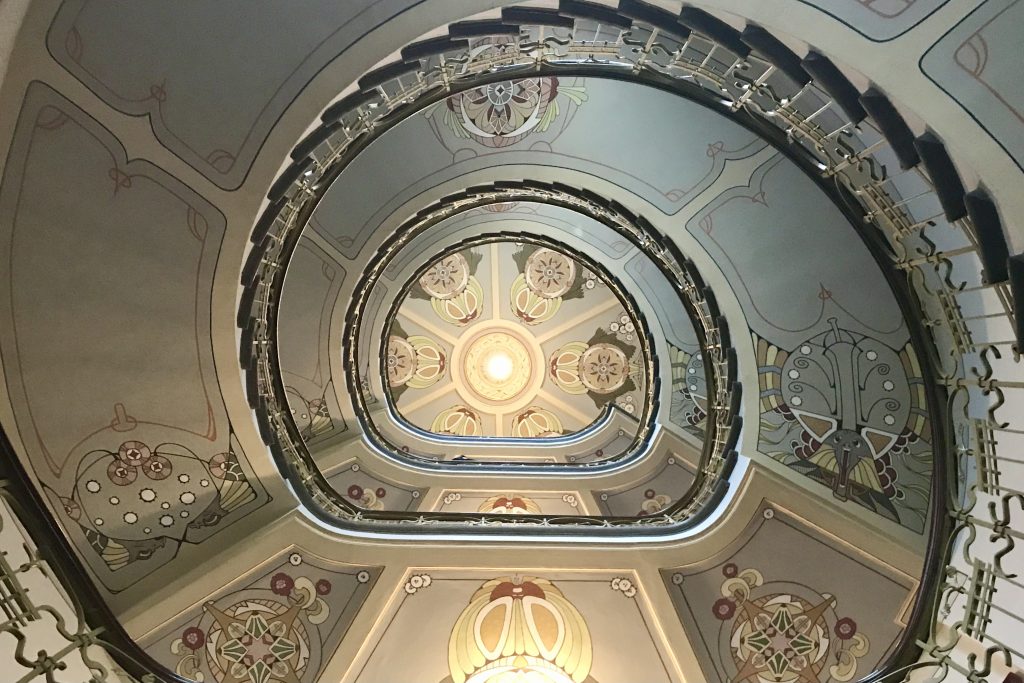 2 thoughts on “What to Expect When Visiting Auschwitz-Birkenau”